Defeating Age Discrimination in the Workplace

Defeating Age Discrimination in the Workplace 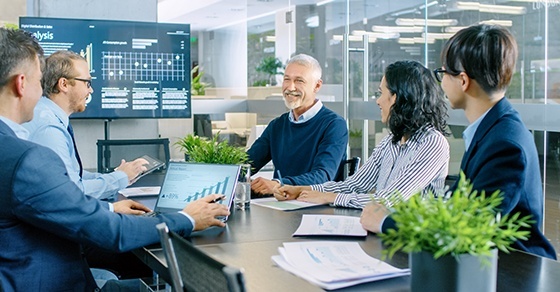 Despite record-breaking low unemployment rates, "age discrimination remains a significant and costly problem for workers, their families and our economy," says a report from the Equal Employment Opportunity Commission (EEOC). More than 50 years after the passage of the Age Discrimination in Employment Act (ADEA), employers still wrestle with these issues.

The EEOC report highlights specific areas of discrimination and provides proactive measures to help employers steer clear of age bias issues. One example noted by the EEOC is that workers who are laid off in their 50s and 60s find it harder to land new jobs than younger workers, regardless of experience. Many Baby Boomers who wish to retire can't afford to, and are caught in the age bias trap that makes finding work unduly hard. It's also important to note that the oldest Gen Xers are already in their early 50s, so this can't be brushed off as an issue affecting only Baby Boomers.

At the root of the problem, according to the EEOC, is that despite decades of research showing age isn't an indicator of ability or performance, "employers often fall back on precisely the ageist stereotypes that the ADEA was enacted to prohibit." In fact, 60% of older workers have experienced or witnessed age discrimination at work.

At times, that discrimination is subtle, but still illegal. Other times it's easier to identify and can result in a fine from the EEOC. Here's a recent example: A country club in Havertown, PA, agreed to pay $30,000 to settle a case brought by the EEOC on behalf of a groundskeeper. The worker, 59, was laid off for the winter slow season while younger workers were kept on board. He was told he would be rehired in the spring, but then the company decided not to bring him back. Why? The employer explained it was "looking to take the staff in a younger direction." There was no indication of a performance issue.

This category of bias, "discriminatory discharge," is the most common type of case brought by the EEOC (representing 55% of that caseload). That also covers "constructive discharge"— a situation in which employees aren't terminated, but are effectively forced to quit when employers "make the work environment so intolerable a reasonable person would not be able to stay," according to the EEOC. Related forms of age discrimination include age-based harassment and discipline.

As mentioned, age discrimination in hiring is a significant impediment to older workers. (Note, the EEOC's threshold for defining an older worker is age 40 and up). Most instances of hiring discrimination occur when older prospective employees don't make it to the interview stage. They can be screened out, among other ways, by online application systems that include required fields, such as birthdate or graduation date.

The EEOC report doesn't suggest that all age discrimination cases involve conscious efforts by employers to keep older workers off their payrolls. Some discrimination arises from stereotypes that are tenacious. But, the EEOC adds, "workplace practices can counter unconscious bias and stereotyping … and produce real and sustainable benefits for both employers and employees."

So, what can be done? Here's a rundown of what the EEOC's recommends employers do to curb age discrimination in the workplace:

Flawed assumptions include the idea that hiring a younger worker is less expensive and a better return on investment than hiring an older worker. "Contrary to common perception, older workers do not cost significantly more than younger workers, as structural changes in compensation and benefits have created a more age-neutral distribution of labor costs," the EEOC states.

Beyond compensation assumptions, a common error is to not hire an older worker, believing that he or she is a short-timer. It may be true that a senior will leave after a few years to retire. Then again, statistics prove that younger employees, such as Millennials, tend to change jobs every three years on average, so longevity in the job is a common problem regardless of age.

It's natural for employers, when screening job candidates, to favor people of roughly their own age. Creating an age-diverse interview panel can help bring a broader perspective to assessing job applicants' strengths and weaknesses. The EEOC also encourages employers to train interviewers on "how to frame age-neutral questions and to use a standard or structured process" to weed out age bias.

Even with age bias commonly found in hiring practices, don't assume that every older worker is desperate for a job. When you find a job candidate you like, you naturally want him or her to accept your offer if you make one. That's another reason to incorporate some age diversity into the interview process. Applicants can then see for themselves that your company is more committed to finding the best candidate, regardless of age.

Welcome to your L&H Insights!

See which simple steps you can take now:

Latest news and promotions delivered to your inbox!